Rice and the Chessboard

An ancient fable retold, or what everyone should know about exponential growth. 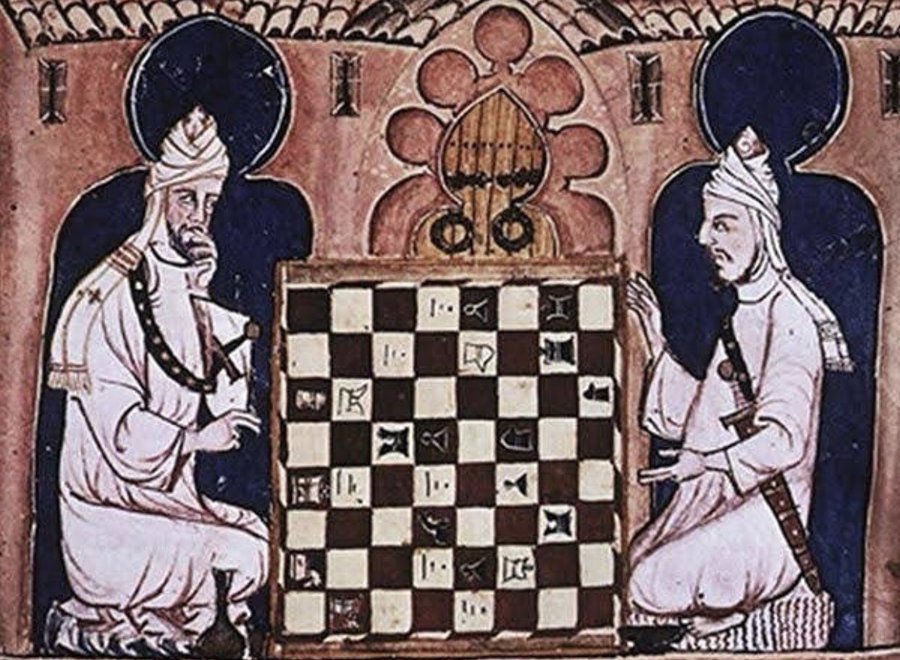 Once upon a time an expert chess player visited a king’s court, and the king challenged him to play.

“What prize would you like if you beat me?” asked the king.

“Just some grains of rice, your majesty. One grain for the first square on the chessboard. Two grains for the next square. Four for the next. Eight for the next. And so on, doubling the number each time, until all 64 squares have received their due.”

It’s the largest integer that fits into a register on a 64-bit CPU.

Needless to say, the chess player never got paid.

More rice than produced in all history

Here’s how I calculated that statement. According to Wikipedia, a pound of rice contains about 19,000 grains. Therefore the king owed about 485,440,633,518 tons. In 2017 the world produced about 770 million tons. At that rate it would take about 630 years to produce enough rice to pay off the king’s debt. But that was not the rate in the king’s time or earlier times, as we can see by considering world population.

World population in 2017 was about 7.5 billion. During the king’s lifetime in the sixth century it is estimated to have been approximately 200 million or .027 of that. Therefore rice production at most was probably .027 of the 2017 number or 20,790,000 tons. (It was probably less but let’s be conservative in our estimates.) At that rate it would take about 23,000 years for the world to produce enough rice to pay the king’s debt. Since rice cultivation began around 10,000 BC, it is true that the amount of rice owed by the king is far more than had been produced in all of history.